I’ve been privileged enough to see both sides of life with and without social media. For me, I appreciate what it brings and what life is like without it – but either way, it isn’t going anywhere anytime soon. However, seeing other people and their use of social media makes me kind of sad and concerned. Not only about how it’s affecting our self-confidence and ideas on body image, but also that it promotes idolising somebody that isn’t yourself.

On the way to work today, a young girl aged about 18 or 19 came and sat next to me on the bus. We were both on our phones – I was scrolling through my blog twitter feed – and when I looked over, this girl was flicking through her photo albums on her phone. As she flicked and flicked, I noticed that she wasn’t looking at pictures she had taken of herself – but that this was an entire album on her phone dedicated to Kim Kardashian. She selected an image to put on her Instagram of Kim wearing next to nothing and captioned it with ‘I NEED TO LOOK LIKE THIS’.

I immediately wondered whether I have ever aspired to look like Kim or any other celebrity. I’m actually quite happy to say that I’ve reached a point in my life where I’ve accepted myself and don’t idolise or worship any form of celebrity in terms of “goals”. Sure, there’s some stunning and beautiful people out there but I’ve realised that their looks are their business and their career. It pays them to look like they do, whereas I would look like a fancy potato.

But the issue here isn’t that people, especially young people, are liking what they see and have an idea as to the fashion they like. It’s the fact that they are so unhappy and displeased with how they are in themselves that they believe if they looked like Kim or Kylie or Kendall Jenner (I have no idea who these people are), their body issues would be solved. But the problem actually lies in the mind – and that’s why this constant need to improve looks never stops. 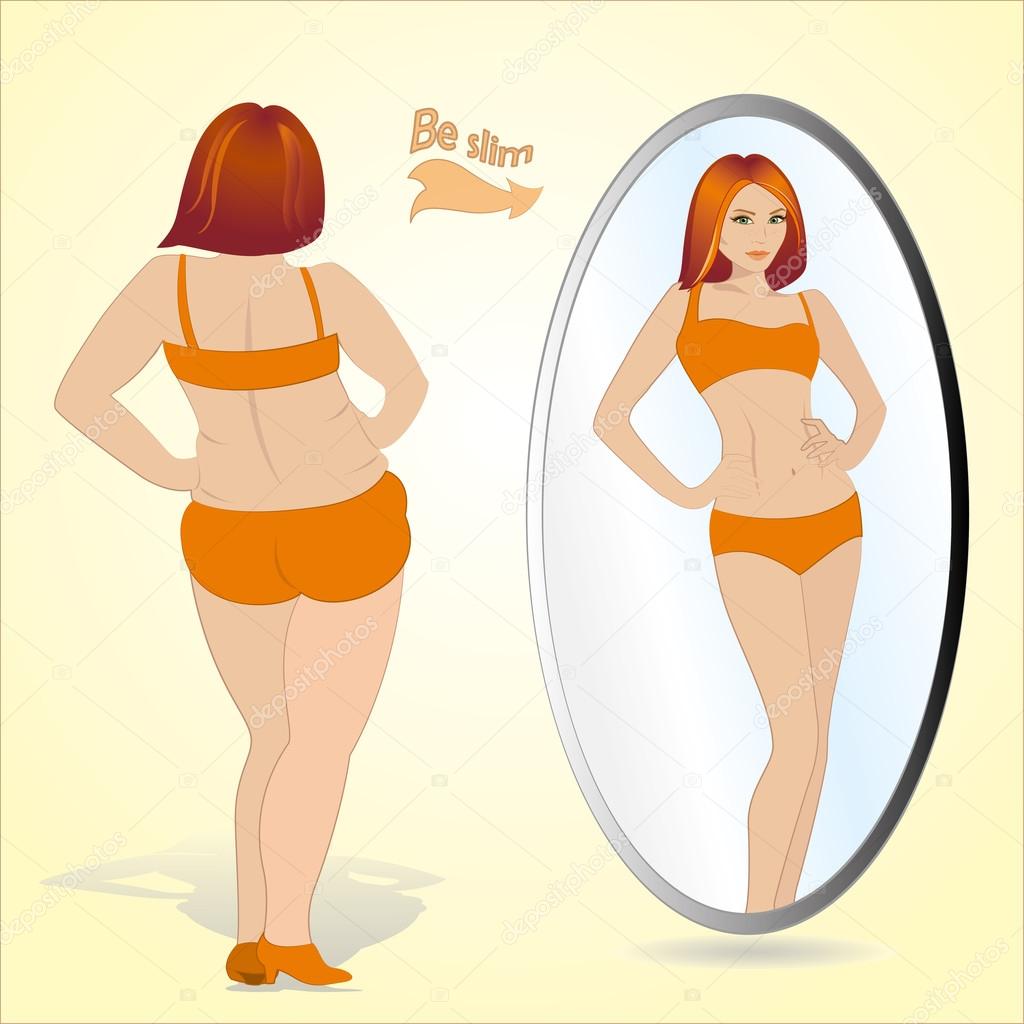 Let’s look at an example. This is an extreme example but still relevant. Pete Burns was a singer/songwriter back in the 80s – you probably know his major hit ‘You Spin Me Round’. Anyway, he is mostly well known today for his looks because of how far he went with plastic surgery. Here he was then and just before he died:

Look at how unrecognisable he is – and it’s really painful to look at. You and I might look at the guy on the right and see a really good looking guy, beautiful face and features and think ‘he literally doesn’t need to change anything’ – but in his mind, no matter how much work he had done, he had serious issues and could not stop getting more surgery. We look at the image on the left and think ‘How did he let it go so far and not think it was becoming too much?’ but for him, it was like looking in the mirror and seeing more work that needed to be done. And it goes on and on and on. And I see that today in so many celebrities. A more modern example would be Chloe Ferry from Geordie Shore who looks nothing like her former self: 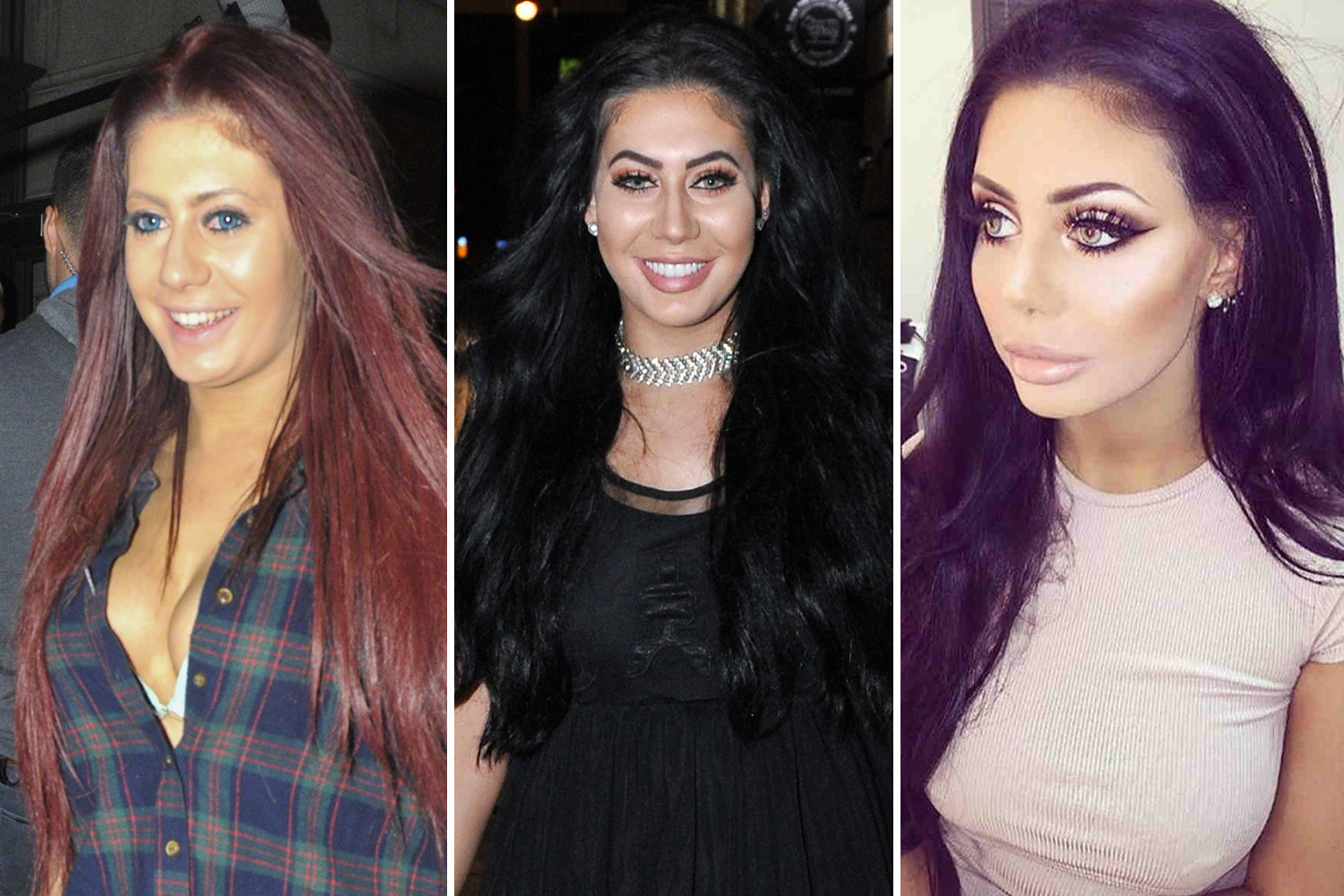 But my point is that when you aspire to look a completely different way, you can become hooked and forget to love yourself in the process. Thoughts like ‘I had Botox done but my lips don’t look like Kim’s did – I’ll get them done again’. Next thing you know, you look like you got stung by a bee 14 times with no respite and you can’t close your mouth properly. It’s not a healthy obsession – and it makes me sad that idols with such a following, like Kim K, don’t see the long-term impact their over-sharing of their obsession with looking ‘good’ is having on their fans. And rather than addressing the real issue on why we have body confidence issues and a society deprived of self-confidence and self-worth, we are taught to ‘fix’ the ‘problems’ rather than change society’s attitude and ideals. We would rather pay to look better than to make an effort to change what is defined as ‘beautiful’ or even just ‘normal’.

I love watching make-up tutorials and how people get dressed up and try new looks, but as soon as I see a pumped lip or something like that, I’m immediately disinterested. I don’t want to be made to feel I can only look nice if I fill my lips or get my eye brows tattooed or have my boobs out. We all look beautiful in our own skin – that’s what makes us unique and stand out. I don’t need to aspire to look like somebody else because who wants a carbon copy of another person? I want to connect with someone for who they are; what makes them them, their story, their life. Not how much they look or act like someone else. None of that matters to me – someone having perfect eye brows isn’t going to be what makes them a good friend. It’s who they are that’s important.

This is in no way a dig at any person who chooses to have treatments or surgery done. I’m sure there’s things we would all like to change and would if we had the money. But, my issue lies with those who choose to make those changes to look like someone else or please/fit in with others around them. Why are 18 year olds having lip fillers and Botox done and who is responsible for making them feel that it’s the way forward? Why don’t I look at that going on and want to do that myself?

The truth is – these celebrities know that their fans are self conscious and seek approval because of the open world we all live in. There is no longer limitations to our audiences – we are on a stage and the whole world is watching. And because of this, they are exploiting your body confidence issues; they display their life on social media as being successful, happy and positive. With that, they sell you their good looks, their ‘beauty secrets’ so that you look at them and think ‘if I looked like that, I’d be as happy as they are.’ And your negativity funds their career.

Have you ever stopped and looked at Instagram from a marketing point of view? Just how many ads do you see in that post a celebrity or icon just made? “Thanks for my freebie [insert company name here] – thanks to you, I no longer struggle with [common problem the average Joe faces because you know, it’s average and we’re all human] and I feel happier in myself because of [insert product] – cue #hashtags of every single hashtag you can think of and then, usually, a discount code so that you feel like they’re doing you a favour. It’s all business – and your insecurity funds their business. If you were confident in yourself, and how you looked, they wouldn’t have anybody to sell the ideal image to because it wouldn’t exist. It doesn’t exist. But that’s all part of the illusion.

I see the same things everybody else is seeing – I see the media, the Instagram, Twitter, tutorials… but I don’t have any desire to go under the knife or the needle. None whatsoever. It actually drives me away from it because I don’t want to look like somebody else. And it’s this oversharing of what the ‘ideal image’ is that causes the serious issues we’re dealing with in society such as bullying. It’s drilled into us all how we should look and if we don’t – we’re apparently strange and ugly. But if we were all intended to look the same, we wouldn’t look so different in the first place.

So to those of you sitting scrolling through Instagram at pictures of your favourite celebrities and beginning to hate what you see staring back at you in the mirror, shut down your app or close your laptop and go do something for yourself that makes you happy. You are beautiful in your own skin. You don’t need to dress, think or act like  people tell you to – you are capable of making your own decisions. Don’t let your lack of self confidence be their weapon – fight back with your beauty and challenge the ‘norms’. There’s no such thing as an ideal image – just individualism.